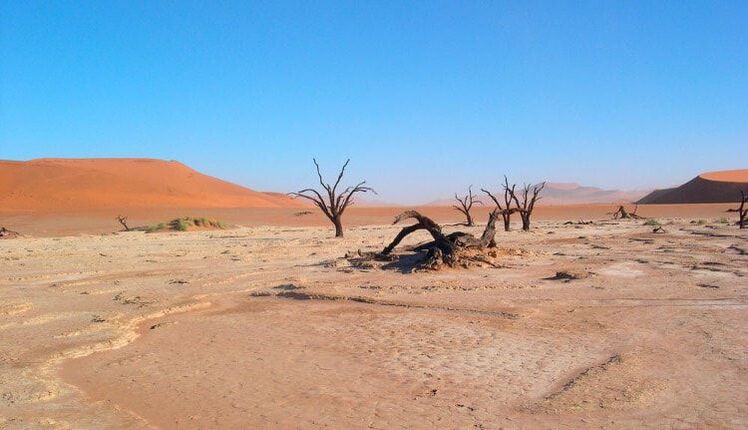 Projects on Deserts by Ben and Stephan in 6th Class


What are deserts?
Deserts are large barren areas of land with very little rainfall. Not many
animals or plants can live in a desert because of the harsh environment. There
are however certain flora and fauna that can survive the harsh environment.
Types of desert
When people think of deserts they usually think of sand and scorching heat but
this is not always the case. Deserts like Antarctica are the exact opposite of
sand and heat. To qualify as a desert the desert has to have very little rainfall
and little wildlife can live there.
Wildlife of the desert
This paragraph will cover wildlife from sandy and hot deserts in North America.
Animals you will find in a desert depends on where you are. In North America
you would find mammals like bobcats, jack rabbits, coyotes and the armadillo.
Birds like the hawk, barn owl, humming bird and the vulture. You can actually
find some types of fish in North American deserts like the desert pupfish and
the fairy shrimp.
Plants of the North American deserts could be wildflowers like the desert lilies,
California poppies, twining snapdragon and devils lettuce. There are also many
types of cactus like the prickly pear cactus, the kingcup cactus and the barrel
cactus.
Famous deserts
Deserts can be found in every continent except Europe so I will name a desert
from every continent. In Africa there is the 2 nd largest desert in the world the
Sahara desert. In Asia there is the Gobi desert. In North America there is Death
Valley the hottest desert in the world. In Australia there is the Great Victoria
Desert. In South America there is the Atacama Desert and in Antarctica there is
the entire continent which is the largest desert in the world.
By Ben C

The Sahara - by Stephan


The Sahara is the largest hot desert in the world , and the third largest behind Antarctica and the Arctic , which are both cold deserts. . The Sahara is one of the
harshest environments on earth. , covering 3.6 million square miles , nearly a third of African continent ,about the size of of the United States including Alaska and Hawaii . The name of the desert comes from an Arabic word .
The Sahara is bordered by the Atlantic Ocean on the west, the Red Sea on the east, the Mediterranean Sea on the north and the Sahel Savannah on the south. The enormous desert spans 11 countries: Algeria, Chad, Egypt, Libya, Mali, Mauritania, Morocco, Niger, Western Sahara, Sudan and Tunisia.                     The Sahara has a variety of land features, but is most famous for the sand dune fields that are often depicted in movies. The dunes can reach almost 600 feet (183 meters) high but they cover only about 15 percent of the entire desert. Other topographical features include mountains, plateaus, sand- and gravel-covered plains, salt flats, basins and depressions. Mount Koussi, an extinct volcano in Chad, is the highest point in the Sahara at 11,204 feet and the Qattara Depression in Egypt is the Saharas deepest point, at 436 feet below sea level .
Although water is scarce across the entire region, the Sahara contains two permanent rivers (the nile and the Niger), at least 20 seasonal lakes and huge aquifers  which are the primary sources of water in the more than 90 major desert oases. Water management authorities once feared the aquifers in the Sahara would soon dry up due to overuse, but a study published in the journal Geophysical Research Letters  in 2013, found that the "fossil"  aquifers were still being fed via rain and runoff.                     Despite the harsh, arid conditions of the desert, several plants and animals call the region home. There are approximately 500 species of plants, 70 known mammalian species, 90 avian species and 100 reptilian species that live in the Sahara, plus several species of spiders, scorpions and other small arthropods, according to World wildlife fund .                                     Camels are one of the most iconic animals of the Sahara. The large mammals are native to North America and eventually made their way across the Bering Isthmus between 3 and 5 million years ago, according to a study in the Research Journal of Agriculture and Environmental Management in 2015. Camels were domesticated about 3,000 years ago on the Southeast Arabian Peninsula, to be used for transportation in the desert.
Camels, also known as the "ships of the desert," are well-adapted for the hot environment .The humps on a camel's back store fat, which can be used for energy and hydration in between meals. Camels store energy so efficiently that they can go more than a week without water and several months without food.
Other residents of the Sahara include a variety of gazelles , addax ,  cheetahs caracals, desert foxes and wild dogs.
Many reptile species also thrive in the desert environment, including several species of snakes ,lizards, and crocodiles  in places where there is enough water .
Several species of arthropods also call the Sahara home, such as the dung beetle, scarab beetle,  scorpions and many types of ants.


Plant species in the Sahara have adapted to the arid conditions, with roots that reach deep underground to find buried water sources and leaves that are shaped into spines that minimize moisture loss. The most arid parts of the desert are completely void of plant life, but oasis areas, such as the Nile Valley, support a large variety of plants, including olive trees, date palms and various shrubs and grasses .
The Sahara alternates from being a dry, inhospitable desert and a lush, green oasis about every 20,000 years, according to a study published in the journal Science Advances in 2019. The study's authors examined marine sediments containing dust deposits from the Sahara from the past 240,000 years. The team found that the cycle between a dry and a green Sahara corresponded to the slight changes in the tilt of Earth's axis, which also drives monsoon activity .When the Earth's axis tilted the Northern Hemisphere just a single degree closer to the sun (about 24.5 degrees instead of today's 23.5 degrees), it received more sunlight, which increased the monsoon rains and therefore, supported a lush green landscape in the Sahara.
Archaeologists have discovered prehistoric caves and rock paintings and other archeological remains that have shed light on what life was like in the once-green Sahara. Bits of pottery suggest that about 7,000 years ago, ancient herders raised livestock and harvested plants in what now is an arid desert.
But for the past 2,000 years or so, the climate of the Sahara has been fairly stable. The northeastern winds dry out the air over the desert and drive hot winds toward the equator. These winds can reach exceptional speeds and cause severe dust storms that can drop local visibility to zero. Dust from the Sahara travels on trade winds all the way to the opposite side of the globe.
Precipitation in the Sahara ranges from zero to about 3 inches of rain per year, with some locations not seeing rain for several years at a time. Occasionally, snow falls at higher elevations. Daytime summer temperatures are often over 100 degrees Fahrenheit (38 degrees Celsius) and can drop to near-freezing temperatures at nighttime.