On Friday the  1st of April fifteen boys travelled to Midleton by bus to participate in a FAI tournament. The boys were accompanied by their coaches Mr. Coleman and Mr. Ouirke. The boys had been training for six weeks in preparation for the tournament. It was a tough decision for Mr. Quirke to select the team but in the end two teams of 5 and and 5 super subs were selected to represent the school.

Unfortunately In the first round both teams were defeated. Team A played Scarliegh N.S. and lost 2-0. Team B were up against a very experienced team in Riverstown N.S. and suffered a devastating loss of 7-0.

In second round,Team A made a comeback against Brooklodge N.S.. Early in the game, Cian English lifted his teams spirits by scoring a goal. Caoimhin O Gorman scored a second goal late in the match which led to the final score of 2-0.Unfortunately, Team B were not so lucky in the second round, losing to Gaelscoil Ui Drisceoill 3-1.This loss sent Team B into a playoff.

Team B were up against Brooklodge N.S. in the playoff.Team B were filled with confidence after Team A ‘s victory over brooklodge.Conor Harnedy kick-started the match with an unstoppable goal.Clement Motherway followed suit with 2 more fantastic goals.Late in the game Brooklodge N.S. scored a goal but the boys managed to hold them off and finished with a win of 3-1.

Both C.B.S  teams had now qualified for the Quarter Finals. Team A played against Brooklodge B and once again won 2-0.  Consistent as always Cian English scored a great goal. As did Séan Barry shortly after. This win secured Team A a place in the semi-finals.  Unluckily, Team B were up against Riverstown N.S again. Their confidence was low after the beating they received in round one against the same team. The boys did a bit better this time round losing 4-0. Unfortunately, this loss meant it was the end of the road for Team B.

Team A were up against Gaelscoil Ui Drisceoill in the semi finals.The boys were feeling the pressure as they knew a win would mean they would progress to Turners Cross. The boys played very well but sadly lost their game 2-0. Despite not progressing, all the boys had a great day out and both Mr. Coleman and Mr. Quirke were delighted with their performances.

On Wednesday the 20th of March ten 6th class pupils attended a non-competitive hurling blitz in Mallow. At nine o clock they travelled to Mallow by bus, accompanied by Ms. Coffey and their coach Mr. O' Shea. Their first match kicked off at 11 am against Dromahane National School. The boys played  very well throughout the match and ended up winning 6-3. Conor Harnedy, Caoimhin O' Gorman and Clement Motherway all scored during this match.

The second match CBS Primary played against Kilworth National School. Unfortunately, the boys were defeated by Kilworth. The final score of 3-0 to Kilworth was described as “disappointing” by team player Conor Harnedy.

CBS made a come back in their third game against Bishop Murphy’s N.S  of Fermoy. Clement Motherway scored an amazing hat trick which secured his team with an unbeatable lead.  The boys had a great game finishing off with a score of 4 - 0.

Overall, the boys had a very enjoyable day and are looking forward to their upcoming hurling matches.

On Friday 4th March, 5th class went orienteering to Doneraile Park.  A great day was had by all. Thanks to Mr. Carey and Mr. O'Regan for coming with us.
​
Alianz Cup - Baile Mhisteala Abu! 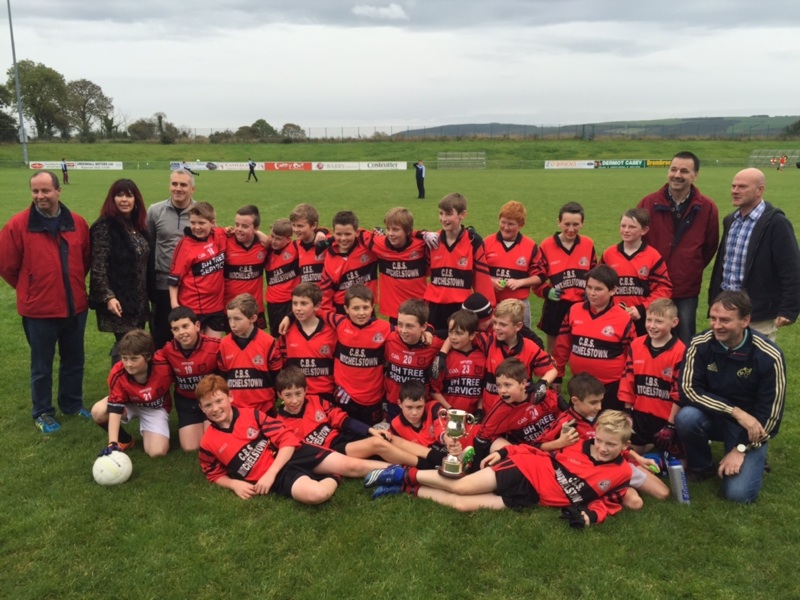